Leaving A Legacy For The Future - Special Needs Trust 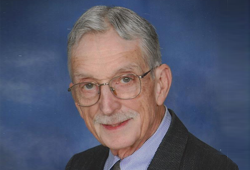 Through the establishment of a Special Needs Trust, Quincy and Zelia Abbot are ensuring that their daughter Becky can always maintain her quality of life. Whether she needs a new stove or just wants to visit with her sisters, who now live in two different states and Italy, the funds will be there to enable her to buy or do those things as she has in the past. And by generously listing The Arc of the United States and a local chapter of The Arc as two of three residual beneficiaries of the trust they created for Becky, the Abbots are also helping to ensure that together we continue to make a difference in the lives of individuals with intellectual and developmental disabilities (I/DD).

When Becky was a year old the Abbots realized that she was developing differently than other children her age. An acquaintance from their church helped them better understand by providing them with the book, "You and Your Retarded Child." Although the title is outdated, it did shed light on what it means to be the parent of a child with I/DD and the challenges that lay ahead of them.

Over the years they encountered discrimination against individuals with I/DD, but that didn't deter them. Mr. and Mrs. Abbot joined The Arc when Becky was age 2 to seek the fellowship of other families in similar situations. At age 8, Becky no longer was excluded from school thanks to The Arc's battle to revise Connecticut's Special Education law and, in return, Quincy joined the board of his local chapter. At age 18, Becky received monthly SSI checks thanks to a lowering of the eligibility age fought for by The Arc. The advocacy efforts of the local and state chapters, and the national office, meant that Becky was able to join her peers in grade school at age 8 and benefit from SSI direct payments when she turned 18.

Quincy Abbot has been very actively involved with The Arc at every level. He has served as both a lead volunteer and as the interim CEO of The Arc's national office and several chapters. As Chairman of the Connecticut Arc Litigation Committee, Quincy oversaw proceedings related to the reduction of waiting lists for services and the deinstitutionalization of the Mansfield Training School. Later, as President of The Arc's national Board of Directors, he initiated changes that resulted in the move of The Arc's national offices from Texas to Washington, D.C. and the updating of the then Mission, Core Values, Position Statements and affiliation agreements with state and local chapters.

What makes this all the more impressive is the fact that from 1970 – 1990 Quincy was director of the Connecticut General/CIGNA Tax Department, making it one of the most effective in the industry.

When interviewed for this article Mr. Abbot noted that the state never provides everything that a person with I/DD needs. In fact, he fears that the trend of state funding cutbacks may continue into the future.

As Quincy stated, "Don't rely on the other guy to do it. Maybe the government will take care of your child, maybe it won't, so you've got to provide." He feels that, as the parent of a child with I/DD, he has responsibilities that extend beyond his lifetime. That is why he supports the use of special needs trusts whenever possible.

If you would like to learn how you can leave a legacy for a child and The Arc through a trust, a will or by some other means, please contact Laura Rahman, Director of Individual Philanthropy at The Arc at (202) 617-3263 or by email at Rahman@thearc.org.

The information contained in this website is provided for informational purposes only and should not be construed as legal or financial advice on any matter. We encourage you to seek the advice of an attorney and/or a financial planner with expertise in special needs planning who can advise you on how to protect both current and future financial needs.